” NASHVILLE, TENNESSEE – The below is a statement from Bandit Lites Chair and founder, Michael T. Strickland.

“There are always unintended consequences for most things in life. Those of us in the Live Events Industry have struggled since the beginning of the COVID-19 crisis to accurately define exactly when live events will return. The medical and the political situations must both be positively aligned in order for everyone to feel comfortable to return in masses to live events.
As we move toward football, baseball, basketball, racing, and theme parks reopening, we wonder when concerts and other live events can and will return. Currently, most of the live event industry is planning some version of reopening with extraordinary health precautions. Perhaps no one will deliver in a safer manner than the world leaders, Disney and Universal, as they open their family-oriented parks globally. Virtually everyone is going to deliver a version of opening that will guide us forward to eventually allow concerts and other mass gatherings.

Then, the current large-scale social unrest resulting from the tragic death of George Floyd occurred. From March 25 until today the world has seen large scale public gathers with little concern of social distancing, washing hands, shared food and beverages and little concern on preventing the spread of COVID-19. The world has seen over 500 different mass gatherings of crowds ranging from 5,000 to over 100,000 people, all in the most dangerous manner. Herein lies the unintended consequence that will define the future of live events in 2020.

Had the mass gatherings not occurred, the world would have very slowly looked at the muted versions of gatherings as, one by one, the NFL, the NCAA, NASCAR, theme parks and others would have slowly reopened. We would have had to deduce from the success of slow, controlled reopening’s exactly what it may look like to have a mass gathering of 10,000 or more people at a live event. At best, we would have had an educated guess as to what the first large scale live event might look like. Many people would have been very nervous, and as of today, who knows when we would perhaps be able to have large crowds. It would all have been a calculated, educated guess, based on limited data.

Now, because of the large-scale social unrest, we will have a large data set of real data, based on large scale gatherings held in the worst possible manner. Had anyone suggested that we hold 20 large concerts, wait a month, and then see what happened, you would have been laughed out of the industry. But now, these over 500 large mass gatherings will give us the results of the consequences of large crowds gathering in the worst possible manner.

June 30th will be more than 30 days since the mass gatherings began. To that end, according to all medical experts, we will have a result. As of June 30, 2020, one of two things will have happened. The first possible outcome is that there will be an extraordinarily large number of infected and ill people in the world, and the medical systems and infrastructure will be overwhelmed in a manner we have not yet seen. Should this occur, it will greatly diminish the chances of the return of large live events in 2020. The second possible outcome is that there is not a large medical event that overwhelms the medical systems and infrastructure, but rather at worst a smaller, controlled number of people are somehow affected. In this circumstance, it would seem to indicate that the ability to safely hold larger gatherings is indeed a seemingly safe possibility. This outcome would most likely instill confidence in the public, who would certainly need to feel safe and buy into going to a large public gathering.

The unintended consequence of the many large public gatherings created by the social unrest will most likely move up the date that an educated decision can be made regarding safely holding large live entertainment events to June 30, 2020.

We should be in a position on June 30, 2020 to look at the collective data from the over 500 large scale mass gathers with the resulting medical consequences and make a very firm, educated, data driven decision on whether to hold or not hold large scale mass gatherings and events in 2020. It would seem that the appetite and ability of artists, promotors, venues, municipalities, fans, and all of the other stakeholders will be educated and affected by the outcome of the medical data and results from the over 500 mass social unrest gatherings. Thus, the unintended consequence of the social unrest will seemingly provide the Live Event Industry with a much better data set and an earlier date to chart the course for the remainder of 2020.” 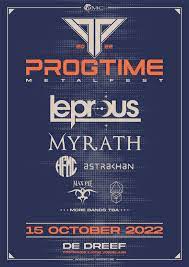